> Sellos>MCA>Mama Was a R n' R Singer, Papa Used to Write All… 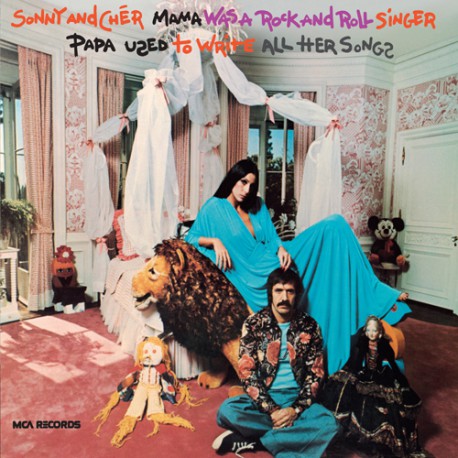 Mama Was a R n' R Singer, Papa Used to Write All…

MINI-LP PAPERSLEEVE GATEFOLD REPLICAS
LIMITED EDITION
FOR THE FIRST TIME EVER ON CD!


Presented here complete for the first time ever on CD is the fifth and final studio album by American pop duo Sonny & Cher, released in 1973 by MCA Records: "Mama Was a Rock and Roll Singer", "Papa Used to Write All Her Songs". As said before, this was the very last studio album Sonny and Cher released as a couple, for their marital situation had been clearly deteriorating. The duo finally separated in late 1974. The album is largely a collection of cover songs which include titles like “I Can See Clearly Now” (originally by Johnny Nash), “Brother Love’s Traveling Salvation Show” (Neil Diamond), and “Listen to the Music” (The Doobie Brothers). The only song written by Bono is the title track, which clocks in at over nine minutes and was edited down to under four minutes for the single. The 9 minutes album version of that tune and “You Darn Well” have never been reissued on CD before.