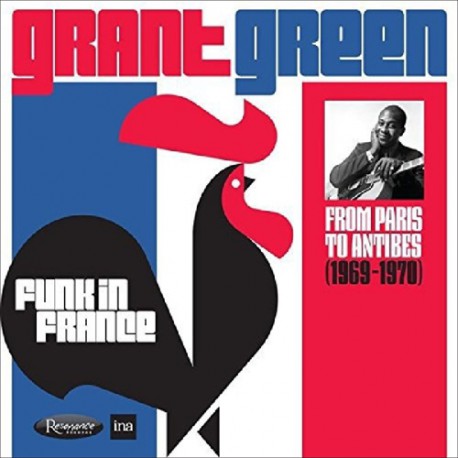 The first official previously unissued recordings of Grant Green in over 10 years, capturing the jazz-funk guitar icon during what's believed to have been his only performances in France and Vancouver."Funk in France: From Paris to Antibes (1969-1970)" is being released in partnership with the Institut national de l'audiovisuel (Ina) with remastered high-resolution audio transferred directly from the original tapes of the Office of French Radio and Television (ORTF).

This 2-CD set includes an exhaustive booklet replete with rare and never-before-published photos from the venues, historical essays, interviews with musicians heard on the recordings and peers, plus memorabilia and more.