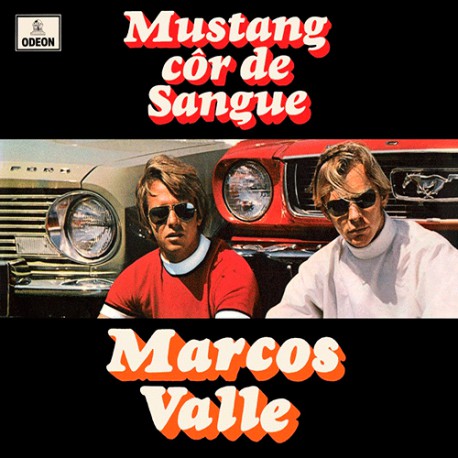 Prévenez-moi lorsque le produit est disponible
Elemental Music together with Universal Music Spain proudly present a new CD reissue of the stunning long unavailable 1969 album by the legendary MARCOS VALLE: Mustang Côr de Sangue (Ou Corcel Côr de Mel). This masterpiece is much sunnier and upbeat than its predecessor, Viola Enluarada (1968), and includes the killer instrumental cut “Azimuth” (title that inspired the name of the Brazilian jazz-funk
band Azymuth), and collaborations with some of the most important figures in the Brazilian music scene of the ‘70s, such as Eumir Deodato, Milton Nascimento and Naná Vasconcelos, among others.

Originally from Rio de Janeiro, Marcos Valle was raised on a staple diet of classical, Brazilian popular music and North American jazz, becoming one of the most influential musicians (on guitar, piano and vocals) of the Bossa Nova period. He straddled North and South America for over twenty years taking part in some of the most important recordings by artists including Sarah Vaughan, Frank Sinatra, Tom Jobim, Sérgio Mendes, Leon Ware, Chicago and Airto Moreira.

This is a Marcos Valle must-own album, another leap forward that incorporated rock, soul and pop idioms, all stamped with Valle’s own melodic style. His work on the album reflects the sophisticated pop approach of American songwriters such as Jimmy Webb and Burt Bacharach, as well as the inescapable influence of The Beatles.