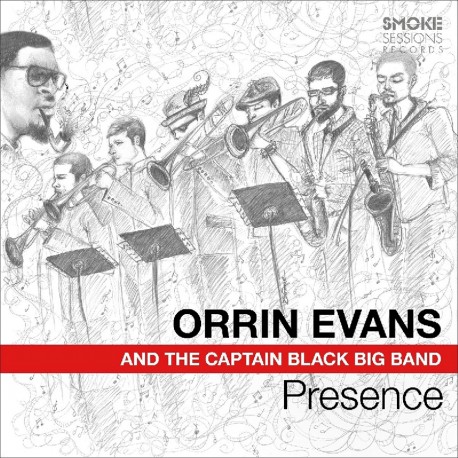 The influence of the late playwright and educator Donald Evans has always loomed large over the Captain Black Big Band. Pianist and bandleader Orrin Evans named the band for his father’s brand of pipe tobacco, the aroma of which always announced his father’s presence in the house. The big band’s third album, Presence, is a celebration of the warmth and spirit of the elder Evans, but more importantly it’s quite simply a celebration – an approach to not only music but life that Evans inherited directly from his parents.