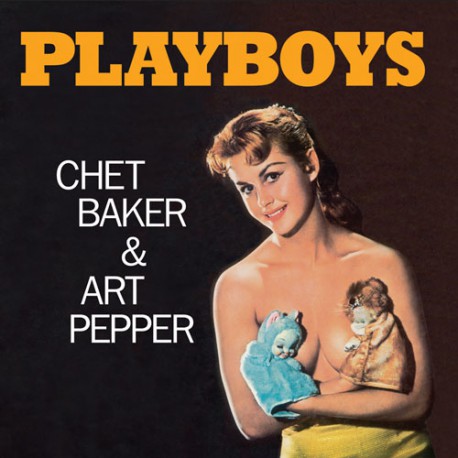 Prévenez-moi lorsque le produit est disponible
The collaborations between Chet Baker and Art Pepper were originally issued in such a disparity of ways that it might seem difficult at first to think about them as a coherent body of work. Their first session, for instance, was originally segmented in a variety of compilation albums, one tune each, and many times the selections were even abridged, suppressing a solo here or there. (Although it was recorded at the Forum Theatre, in Los Angeles, the aforementioned date is not a live concert but a studio session, with no public.) Along with another equally splendid session, it was included in Baker and Pepper’s most famous album together, Playboys, which was also released (with a totally different cover but identical liner notes!) under the title Picture of Heath (the title of the first song, and a reminder that nearly all of the album’s tunes were Jimmy Heath’s compositions –two are by Art Pepper).