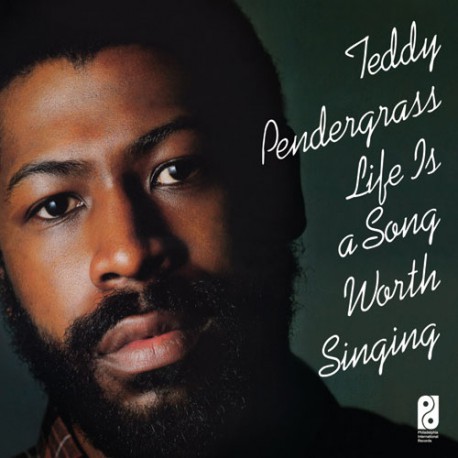 Life Is a Song Worth Singing (Mini-Lp Gatefold)

Elemental Music, together with Sony Music Entertainment, is proud to present a new reissue of Life Is a Song Worth Singing, the second album by Contemporary R&B crooner TEDDY PENDERGRASS. It contained two hit singles: “Only You” and “Close the Door”. The latter reached #1 on the US R&B music chart. Also, the ballads “It Don’t Hurt Now” and “When Somebody Loves You Back” are staples on Quiet storm radio formats. The album itself did well on the charts as well, reaching #11 on the US Pop chart and #1 on the R&B chart. It was nominated for an American Music Award: Favorite Soul/R&B Album in 1979. The title track is a cover of the Johnny Mathis hit single “Life Is a Song Worth Singing,” which was released in 1973. The album was arranged by Jack Faith, Dexter Wansel, John L. Usry, Jr. and Thom Bell.