> Sellos>Waxtime 500>I Miss You So (Limited Edition) 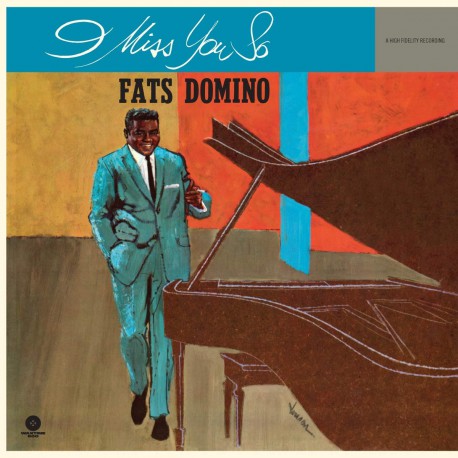 I Miss You So (Limited Edition)

This essential edition presents one of Fats’ most underrated LPs from the peak of his career, I Miss You So. Long unavailable on vinyl, it was originally released on the Imperial label in 1961. Like most of Fats Domino’s early albums, this one was assembled from a variety of sessions taped between 1958 and 1960. The LP contains a collection of superb numbers (several of them previously issued by Imperial on 7” singles), like “I Hear You Knocking,” “When I Was Young,” “It Keeps Rainin’,” and the tender “My Bleeding Heart”. The album also contains personal readings of well-known standards, such as “Easter Parade,” “Isle of Capri,” “Ain’t That Just like a Woman,” and the wonderful title track. All of these great recordings feature a virtual who’s who of fabulous musicians from the Crescent City scene, including Dave Bartholomew, Buddy Hagans, Ernest McLean, Frank Fields, and Cornelius Coleman, among others.

In addition to the original album, this collector’s LP also includes 2 bonus tracks from the same period: “Country Boy,” and “I Want to Walk You Home.” Fats’ music is just as enjoyable today as when it was first recorded. Its happy 0simplicity and its indomitable beat never get old.