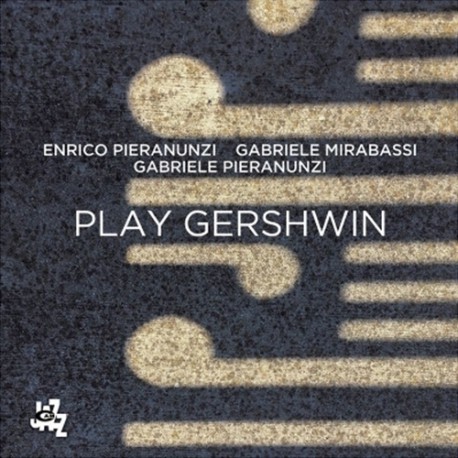 George Gershwin thought that music channelled the thoughts, hopes and inspirations of people and their time, and in doing so, created something timeless. Now, on the 90th anniversary of Gershwin’s peerless score for An American In Paris, master pianist Enrico Pieranunzi brings seven of the great American’s compositions up to date, in bold new arrangements that see Gershwin’s expansive orchestrations reduced to just three instruments. Joining Pieranunzi on Play Gershwin are his violinist brother Gabriele [Pieranunzi] and clarinettist Gabriele Mirabassi. If the opening trill of Rhapsody In Blue is one of the defining sounds of 20th century music, here it is transformed completely, with much of the weight of the orchestra transferred to the orchestral piano of Enrico Pieranunzi, who plays four of Gershwin’s preludes as solo pieces and makes his own interpretation of an original Gershwin theme. The young American master, who was only in his 20s when he composed most of these remarkable works, said that inspirat ion alone was never sufficient for great music. It also required hard work and dedication. Enrico Pieranunzi has devoted a lifetime to extending the language and emotional range of a music American in origin but now global in its reach. Genius reaches out to genius across the decades, and artisan stands shoulder to shoulder with artisan. The tools? Piano, clarinet and violin...(Brian Morton)