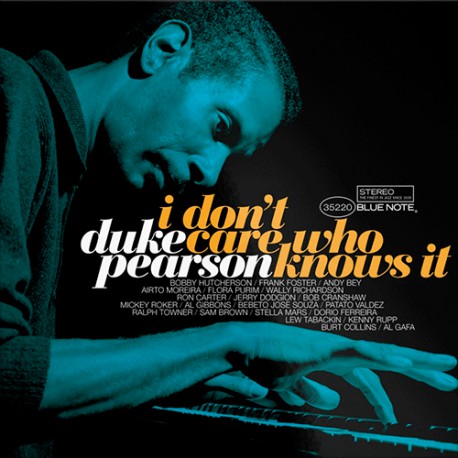 I Don´t Care Who Knows It -Complete 68-70 Sessions

This collection of performances, previously unissued in their entirety, drawn from five recording sessions from 24 June, 1968 to Duke’s second-to-last Blue Note session on February 13, 1970, shows both sides of his musical nature. On one hand, Andy Bey is belting out a backbeat-driven Buddy Johnson tune. On the other, Duke is scoring Brazilian guitarist Baden Powell’s haunting Canto Ossanha for alto flute and alto clarinet. From October, 1969, on his own Xibaba (Brazilian slang for marijuana), Airto Moreira is wailing with both his voice and hands. Soul music from another part of the world.