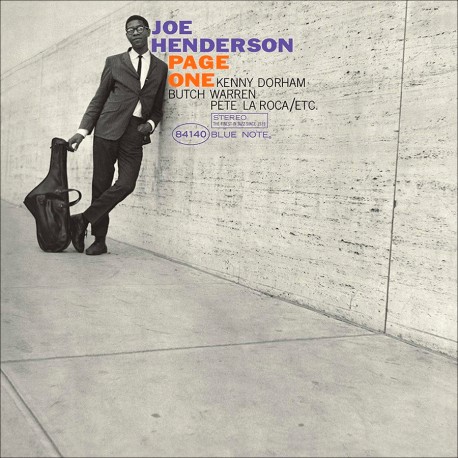 "Page One" is the debut release by American jazz tenor saxophonist Joe Henderson. It features some of Henderson's most well-known pieces such as "Recorda Me," later to become a jazz standard, and "Out of the Night", originally written in 1957. The front cover lists all the sidemen involved in this masterpiece except the pianist McCoy Tyner, whose name is absent because Tyner had just signed with Impulse!, so this first Blue Note appearance was not very adherent to the contract. According to AllMusic Page One is a "particularly strong and historic effort". All About Jazz highlights the first appearance of the now Jazz standard "Blue Bossa", and asserts Page One as one of Henderson's "most critically acclaimed albums"