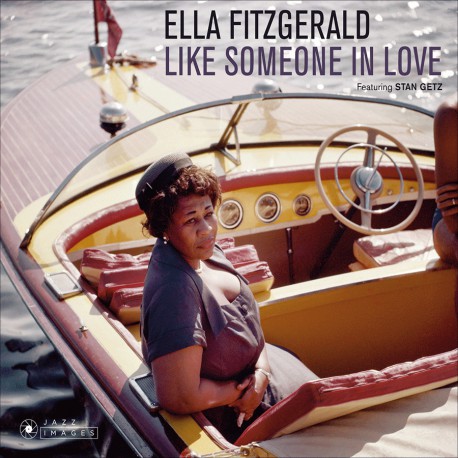 "Like Someone in Love" (Verve MG VS-64004) presents Ella Fitzgerald backed by an orchestra conducted by Frank DeVol and featuring the inimitable Stan Getz on tenor sax. This album marks the only collaborative studio sessions ever made by Fitzgerald and Getz. By 1957, Ella was already a star with over twenty years of experience as a professional singer. She had performed in countless venues and settings and recorded numerous sides. She was also the inspiration behind Norman Granz’s “Songbook” concept, which had become possible with the recently-developed technology of 12 inch long plays. The “Songbook” albums consisted of carefully designed multiple-LP box sets devoted to Ella singing the works of some of the best jazz composers, many of which resulted in best-selling albums. While Like Someone in Loveis not devoted to any particular composer, it features well-known standards by celebrated writers. Four tracks completing the album’s sessions have been added here, as well as a Stan Getz quartet version of the title track recorded the previous year.