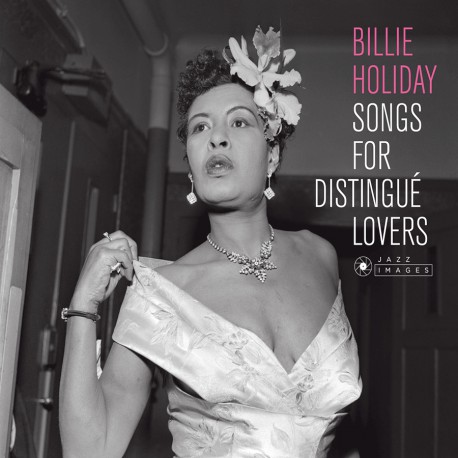 "Songs for Distingué Lovers" was one of the numerous albums Billie Holiday recorded in the 1950s, during her contract with jazz producer Norman Granz. The jazz impresario surrounded the singer with important instrumentalists, such as Ben Webster and Harry “Sweets” Edison, who had both worked with the singer during the 1930s and 1940s – Edison as a member of the Count Basie Orchestra during Holiday’s brief stint as the band’s female vocalist, and Webster from the recordings under her own name for Vocalion Records and Okeh Records. Granz also provided her with a repertoire including some of the best pieces from the Great American Songbook. The complete LP Body and Soul (Verve V6-8197) and a wonderful reading of “I Wished on the Moon”, all taken from the same sessions, have been added as a bonus.

(**) Bonus track: From the same sessions.