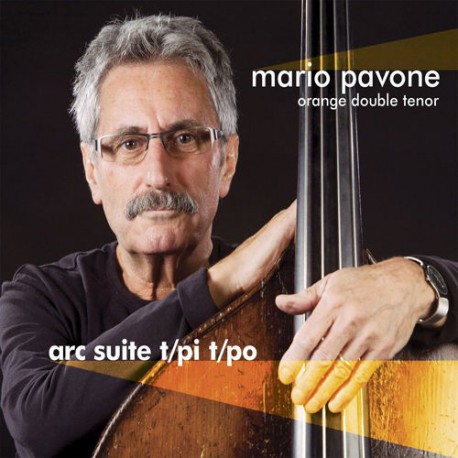 Arc Suite T/Pi T/Po, veteran bassist/composer Mario Pavone’s 20th release as a leader/co-leader, is the recorded debut of his latest group, Orange Double Tenor. The sextet performs a new book of original music Pavone composed specifically for this line-up after receiving a commission from Chamber Music America’s 2009 New Jazz Works: Commissioning and Ensemble Development program funded through the generosity of the Doris Duke Charitable Foundation. This studio recording of that music, which the band has been performing live throughout the Northeast since June 2010, is being released the week of Pavone’s 70th birthday.