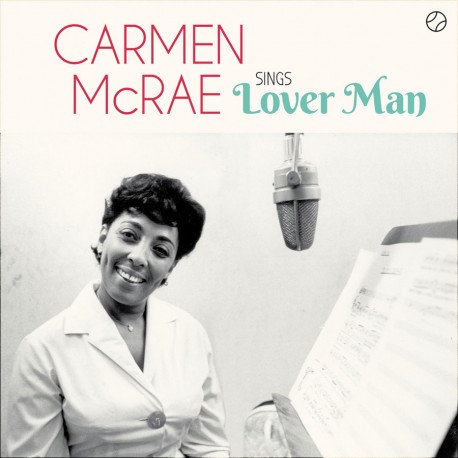 This edition presents the complete original LP Carmen McRae Sings Lover Man and other Billie Holiday Classics (Columbia CS8530), which as its title indicates, was McRae’s tribute to the great Billie Holiday

To the original twelve songs on the original album Carmen McRae Sings Lover Man, we have added two songs which complete the sessions thatyielded the LP. “If the Moon Turns Green” would be recorded again by Carmen live in 1971, and again in 1989. The song had been waxed by Billie Holiday for Clef in May of 1952. “The Christmas Song”, obviously intended to be included on a Christmas compilation, was written in 1944 by singer Mel Tormé and Bob Wells, and was never recorded by Lady Day.