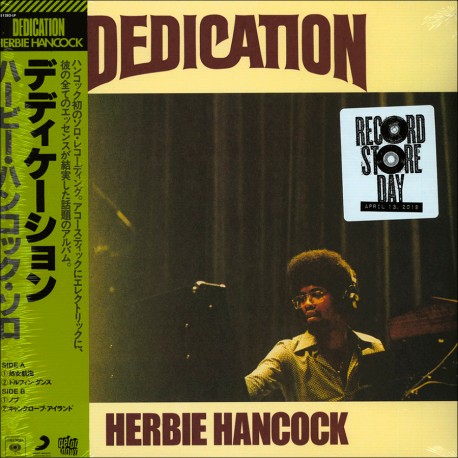 This is a unique experiment in the Hancock discography, recorded in Tokyo in just one day during a tour of Japan. The first side contains two introspective, complex solo acoustic piano tracks, "Maiden Voyage" and "Dolphin Dance," which are notable since they date from a period when Hancock was supposedly totally immersed in electronics. Side two has two even more unusual pieces -- "Nobu," a one-man show recorded in real time with the sample-and-hold feature of an ARP 2600 synthesizer providing a rhythm section for Hancock's electric keyboards, followed by "Cantaloupe Island" with a pre-recorded synth bassline. Side two is a fascinating look back at the charms and stringent limitations of mid-'70s analog keyboards, as well as a challenge to Hancock's on-the-wing inventiveness -- and despite some inevitable stiffness in the rhythm, he comes through with some colorful work. This would be the first of several Japan-only Hancock albums from the '70s, an indication that Japanese jazz fans were (and perhaps still are) far more open-minded and free-spending than their American counterparts