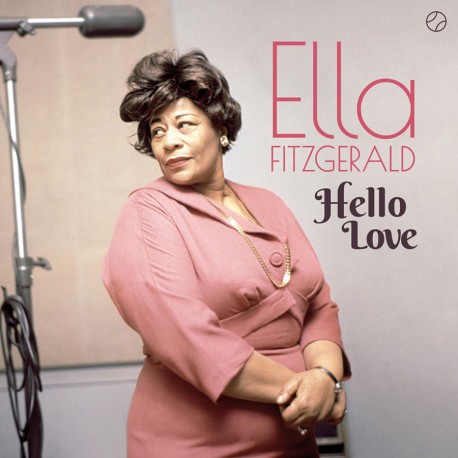 By 1957, Ella Fitzgerald was already a star with over twenty years experience as a professional singer. She had performed in countless venues and settings and recorded numerous sides. She was also the inspiration behind Norman Granz’s “Songbook” concept, which had become possible with the recently developed technology of “long play” LPs. The “Songbook” albums consisted of carefully designed multiple-LP box sets devoted to Ella singing the works of some of the best jazz composers, many of which resulted in best-selling albums. Granz also presented Ella in an entirely different context. As a concert promoter with his Jazz at the Philharmonic, he recorded many performances and was one of the first record producers to issue live recordings. At forty-years old, Ella was reaching the peak of her abilities. Between 1957 and 1959, Ella recorded a series of sessions with the Frank DeVol Orchestra from which several albums were culled, among them Hello Love, presented here, and the better known Like Someone in Love.