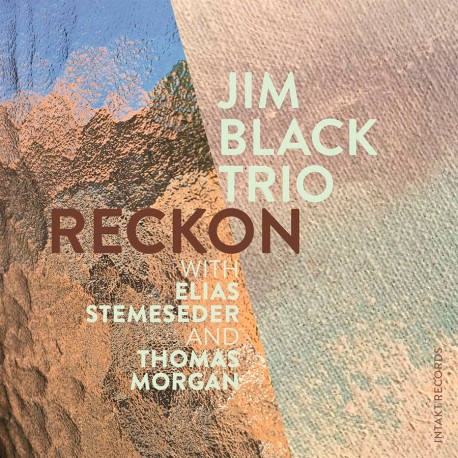 The Chicago Reader describes the Jim Black Trio with Thomas Morgan and Elias Stemeseder one of the best bands in Jim Blacks busy career. In the HardStudios Winterthur the trio recorded this new album over two days. It is their fourth album as a trio and their second release on Intakt Records. Drummer Jim Black has one of the most immediately recognizable styles in Jazz - his wonderful unhinged playing bears the mark of the rock backbeat, but he adds a clanking disruptive quality that forces his collaborators to sharpen their reflexes. They find their own space, writes Kevin Whitehead in the liner notes. Stemeseder is an original. Its not that he never backstops a right-hand melody with left-hand chords he just does it less than most jazz pianists. He can feather the pedals or get stabby percussive, but never over-plays. The space he leaves around the pianos sound is an invitation: he creates room. Like Stemeseder, Thomas Morgan has the confidence to do nothing where another accompanist might fill all the holes. His bass tone is ringing and clear, his attack has propulsive bite, and his lines sing. He provides a through-line when the other guys fracture.