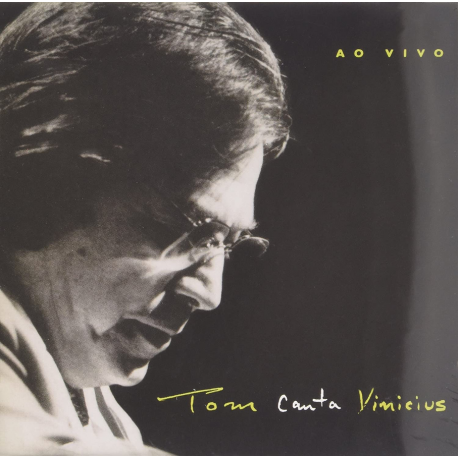 The album Tom Canta Vinícius was recorded live in 1990. At that time, Tom Jobim (Rio de Janeiro, RJ, 1927 – New York City, 1994) and his group were presenting a special show celebrating the tenth anniversary of the death of his old friend Vinícius de Moraes. Jobim’s band, comprised of his son Paulo Jobim (acoustic guitar and voice), the couple Jaques and Paula Morelenbaum (cello and voice, respectively) and Danilo Caymmi (flute and voice), visited some ofVinícius most beloved songs. Of course the overall tone of the album is one of sadness. It is clear from the start that Jobim truly admired his old friend and collaborator. At times, Jobim’s voice is noticeably shaky.

Recorded in Centro Cultural Banco Do Brasil in Januray of 1990.