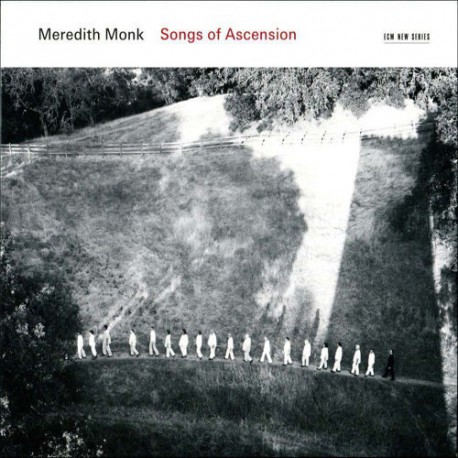 Prévenez-moi lorsque le produit est disponible
Songs of Ascension is a major new recording from composer Meredith Monk and her vocal ensemble. Written in 2008, it is conceived as a continuous composition, a departure from Monk’s earlier collaged or episodic extended works. In recent years Meredith Monk’s been expanding into the worlds of orchestra and string quartet. On Songs of Ascension she teams up with a string quartet of New York players well versed in new music. With winds, percussion and two vocal groups added to her already extraordinary singers, this is one of Monk’s most musically ambitious ventures. Voices and instruments are paired and balanced against each other to an extent rare in her music. Inspirations for the work included the Song of Ascents, a group of psalms said to have been sung during pilgrimages, and a timely invitation to perform at an 8-story tower designed by visual artist Ann Hamilton. Songs of Ascension finds Monk playing with the musical, sonic, metaphysical and literal connotations of upward movement.
MEREDITH MONK & VOCAL ENSEMBLE
Elle Fisher, Katie Geissinger
Ching Gonzalez, Meredith Monk,
Bruce Rameker, Allison Sniffin, voices