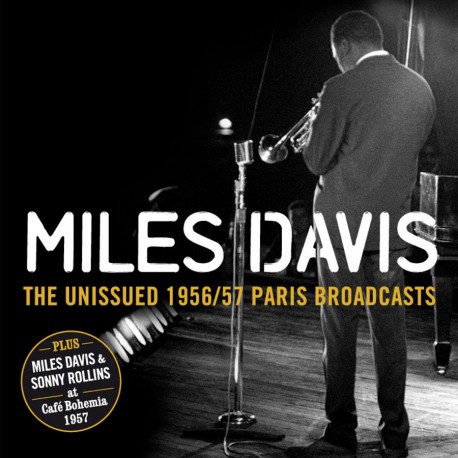 This release presents rare ever before heard Miles Davis performances taken from Paris broadcasts made in 1956 and 1957. On the majority of these recordings, Davis is backed by a quartet that consisted of Frenchmen Barney Wilen, René Urtreger and Pierre Michelot, plus American expatriate Kenny Clarke, while the long version of “Lady Be Good” pairs Miles with the great Lester Young. Two additional unissued broadcasts by the Miles Davis Quintet with Sonny Rollins, taped at the Café Bohemia in 1957, have been added as a bonus.