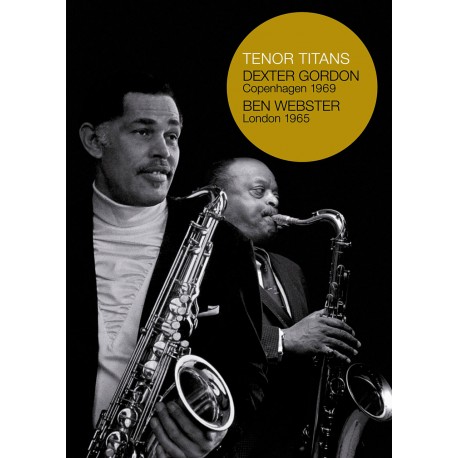 Europe has always been receptive to talented American jazzmen, many of whom return the favor by making the Old Continent their permanent home or just living here for long periods of their lives.

Such was the case of both Dexter Gordon, who lived in Europe from 1962 to 1976, and of Ben Webster, who resided here from 1964 until his death in 1973. Both musicians were recorded prolifically during those years, and these filmed performances are perfect examples of the love and admiration they received.

Dexter is featured in a quartet format backed by the great Kenny Drew on piano, the late Danish bassist N.H.O.P. and relatively obscure South African drummer Makaya Ntshoko (Ben Webster is present and can be seen among the audience). Webster's performance is also with a quartet, with the exception of "A Night in Tunisia", on which English saxophonist and famous jazz club owner Ronnie Scott joins the group.