A Symphony of Amaranths (WBSLP016) 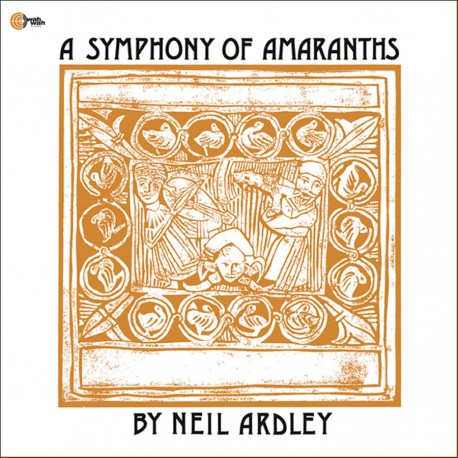 Reissued for the first time on LP, A Symphony of Amaranths is composer/polymath Neil Ardley’s most ambitious work, recorded in 1971 by the New Jazz Orchestra with added woodwind, harp and strings, and here (as on the original record) supplemented by settings of Edward Lear’s ‘The Dong with the Luminous Nose’ plus three poems by Yeats, Joyce and Lewis Carroll.

The title composition is ranked by many alongside Ardley’s more famous extended work, Kaleidoscope of Rainbows (sleevenote writer/saxophonist – and glockenspiel player – Dave Gelly calls it a ‘masterpiece’; Duncan Heining, in his recent book-length study of 1960s/1970s British jazz, Trad Dads, Dirty Boppers and Free Fusioneers, describes it as ‘stunningly beautiful ... sensuous and delightful and bold in both conception and execution’), but there are dissenting voices, chief among them the late Richard Cook, who refers to Kaleidoscope as ‘a boring and ponderous record which might almost sum up why British jazz was losing so much of its audience at the time’.

At risk of fence-sitting, it’s easy to see the merits of both opinions, contrasting as they are. A Symphony of Amaranths is indeed grand in conception and adventurous in execution, and its chief merit is the ease and assurance with which it negotiates a path between power and grace, allowing a series of distinctive and skilful soloists (trumpeters Henry Lowther and Harry Beckett, saxophonists Barbara Thompson, Don Rendell and Dick Heckstall-Smith chief among them) to emerge convincingly from the intriguingly multi-textured ensemble sound while never allowing the piece’s momentum to flag for a moment.