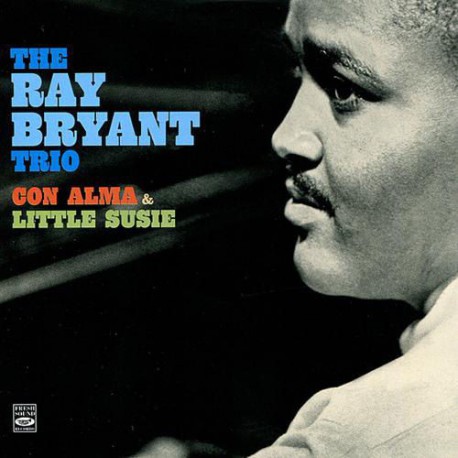 Notify me when available
2 LPs ON 1 CD
Ray Bryant (1931-2011) was a superb, consummately talented and thoroughly accomplished pianist whose talents were honed by performing in all kinds of places and situations with all kinds of players. Unusual for a pianist who emerged during the bop era, he had a two-handed, orchestral approach to the piano and his career soon reached one of its early peaks with “Con Alma,” a trio album that confirmed his all-round skills. On it, everything he does is pointed and considered: his solos have a sense of continuity and climax and, unlike many of his contemporaries he can and does use the full resources of the instrument.

It is paired with “Little Susie,” another delightful trio album, solidly in the best tradition of jazz piano at the time, swinging, melodic and filled with joie de vivre. There are undeniable influences in his work, particularly a more earthy Teddy Wilson, and a compendium of many major leaguers up to his contemporaries. But he was also recognisably his own man, with a touch that was more emphatic than the older pianists of his style, yet also more refined than younger exponents. Both albums catch the essence of what made Ray Bryant such an outstanding young jazz pianist.