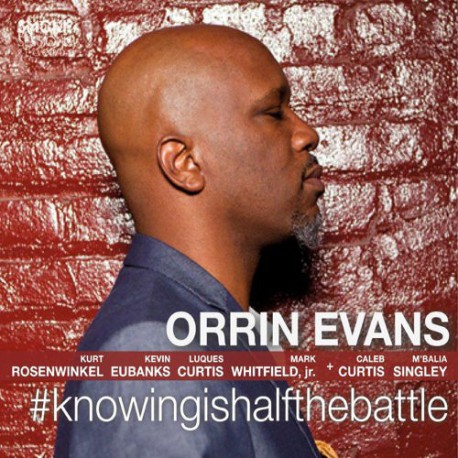 Orrin Evans is to many of us here at Jazz Messengers, without doubt, one of the top five pianists today. He has fast become an omnipresent figure in the New York jazz scene. In this new album we can hear with a pair of renowned guitarists: Kevin Eubanks and Kurt Rosenwinkel. He’s also joined by the latest in a long line of inspired rhythm sections, bassist Luques Curtis and drummer Mark Whitfield, Jr., along with up-and-coming saxophonist Caleb Wheeler Curtis and a longtime collaborator, vocalist M’Balia.

That kind of edge-walking spontaneity which is familiar to anyone who’s ever seen Evans perform live truly shines through on this recording. Invigorated by its thrilling sense of looseness and in-the-moment invention, the “anything could happen” vibe draws visceral performances from the full ensemble, but especially from the two six-string wizards Eubanks and Rosenwinkel.

Also noteworthy is the especially exhilarating Caleb Wheeler Curtis with a pulse-quickening alto style of playing. Certainly someone to follow in the coming years.