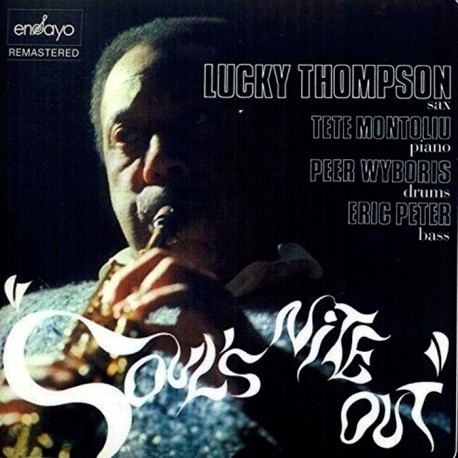 Recorded in Barcelona on May 1 and 2, 1970 and released shortly thereafter on the Spanish Ensayo label, Soul's Nite Out was reissued in 1978 by Chuck Nessa as Body and Soul, reappeared under its original title on a second Ensayo LP in 1993, and was finally released on CD by Ensayo in 2000. On this mainstream hard bop session, Lucky Thompson blew both soprano and tenor saxophones with sympathetic support from pianist Tete Montoliu, bassist Eric Peter, and drummer Peer Wyboris. In addition to five Thompson compositions the quartet handled ballads and standards including Duke Ellington's "I Got It Bad and That Ain't Good" and Dizzy Gillespie's