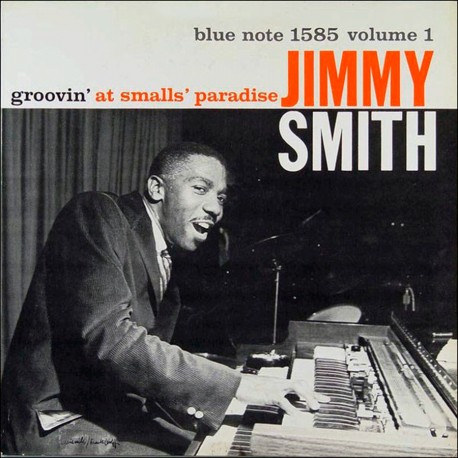 Blue Note co-founder Francis Wolff once recalled: "I first heard Jimmy Smith at Smalls' Paradise in January of 1956. It was his first gig in New York. He was a stunning sight. A man in convulsions, face contorted, crouched over in apparent agony, his fingers flying, his feet dancing over the pedals. The air was filled with waves of sound I had never heard before." After discovering Smith, Alfred Lion recorded the Hammond B3 organ virtuoso no less than 14 times in 1956-57.

The organ heard on this album is distinctive from most Jimmy Smith recordings in that the percussion on-off switch was either broken or Smith deliberately set the switch to a position halfway between on and off. This prevented the single-triggered percussion tone from decaying, Since the percussion tone is also not routed through the vibrato circuit, the effect is quite unusual.

This Blue Note 80 Vinyl Edition is all-analog, mastered by Kevin Gray from the original master tapes, and pressed on 180g vinyl at Optimal.