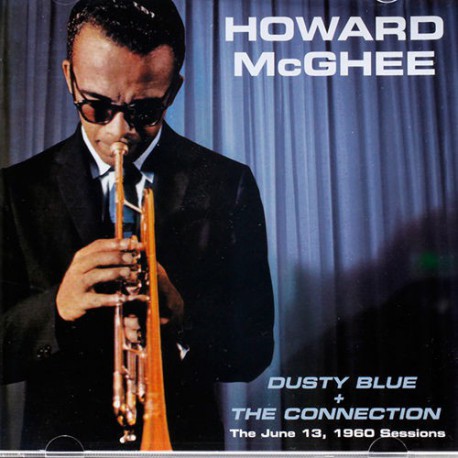 Notify me when available
The complete classic album Dusty Blue (Bethlehem BCP6055). It showcases trumpeter Howard McGhee as the only horn in a quartet featuring Tommy Flanagan and Ron Carter on five tracks, while on the remaining four tunes McGhee plays in a septet that includes Pepper Adams and
Bennie Green.

Also included is the complete Howard McGhee-Freddie Redd Quintet LP The Connection (Felsted LP7512), recorded the very same day as Dusty Blue! It also features the splendid tenor saxophonist Tina Brooks, who due to personal problems would stop recording in early 1961 and wouldn’t be heard from again prior to his death in 1974, at the age of 42. Includes a 12-page booklet.