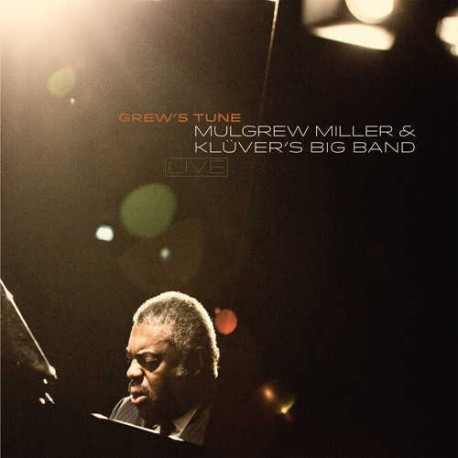 Notificarme cuando esté disponible
For years – 35 to be exact – under the leadership of untiring Jens Klüver, Klüver’s Big Band has been a musical institution in Aarhus. Out of hislove of jazz music and the American big band tradition in particular, a professional big band has grown to reach high musical standards. After decades fronting Denmark’s perhaps finest large jazz orchestra, Jens Klüver chose this year’s Aarhus Festival to retire from his orchestra and take his farewells with musicians and audiences. He has handed the baton over to Lars Møller, and the orchestra has changed its name to the Aarhus Jazz Orchestra. The line-up includes several of the country’s finest jazz musicians – many soloists with international careers – but more important, the band has an overpowering collective energy and the will and musicality to let their music take flight and swing ferociously. Jens Klüver’s farewell present is a CD, GREW’S TUNE, a collaboration with American pianist Mulgrew Miller. This wonderful release is the band’s fifteenth, and the idea behind it is similar to many of their previous albums: Choosing a jazz artist normally not associated with big band music, and performing arrangements of his repertoire or original compositions. Outside of their many concerts on their own, the orchestra has worked with Thad Jones, Clark Terry, Frank Foster, Slide Hampton, Bob Berg, Lee Konitz, Harry “Sweets” Edison, Dee Dee Bridgewater, Bob Mintzer and Joe Henderson. Recent years have seen collaborations with Kenny Werner, Joe Lovano, Dennis Macrel, Byron Stripling, Kurt Elling, Donny McCaslin and John Scofield.