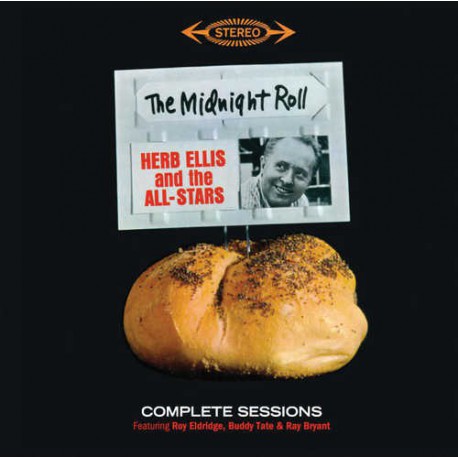 And the All-Stars - the Midnight Roll

And the All-Stars - the Midnight Roll

THE COMPLETE SESSIONS FOR THE FIRST TIME EVER ON A SINGLE RELEASE!

This release contains the outstanding album The Midnight Roll (Epic Stereo BA17034), featuring two All-Star small group formations including Roy Eldridge or Dukes of Dixieland’s Frank Assunto on trumpet, Buddy Tate on tenor sax, Ray Bryant on piano, and on some tracks, the ill-fated bassist Israel Crosby, who is best know for his work with Ahmad Jamal Trio.

Crosby died of a heart attack on August 11, 1962, less than two months after recording this date. All existing tracks from the sessions that were not included on the original LP have been added here as a bonus, as well as an earlier version of Gravy Waltz taped by Ellis in a quartet format the previous year.