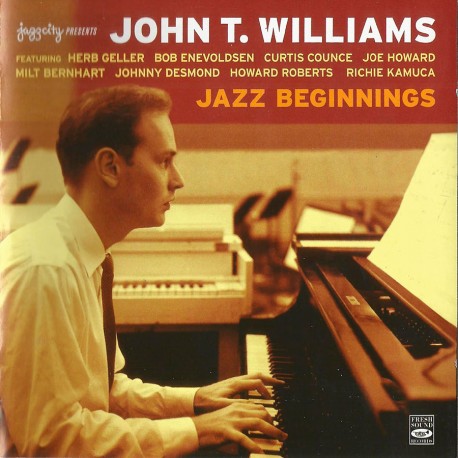 When you see John Williams standing before his mighty Boston Pops Orchestra... when you watch him collect another Academy Award or Emmy... when you notice his name as the credits roll by on the major films, have you ever wondered whether he thinks about his roots? Now, looking back to the musical beginnings of John Williams, this 2-CD set may be the perfect answer to this question. John T. William's impressive feeling for jazz accounts for his popularity in the West Coast musical circles as an arranger, conductor and pianist.