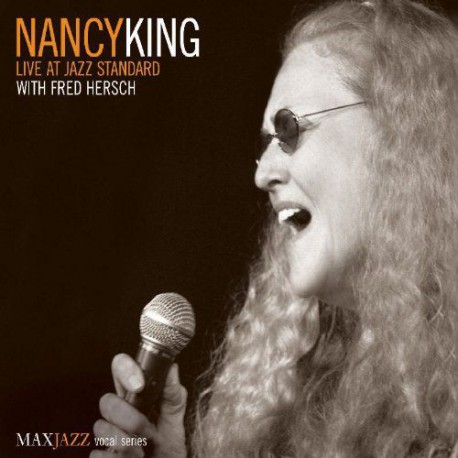 Recorded on October 23rd, 2004 during Fred Hersch's second "Duo Invitation Series" at Jazz Standard in New York, where he played with six different duo partners during the week. Before this special show King, while actively touring other parts of North America, had not appeared in a major New York venue in many years. "Live at Jazz Standard" features some wonderful standards performed by two extraordinary musicians.
Includes such tunes as the Rodgers and Hart classic, "There's A Small Hotel", "I Fall In Love Too Easily" by Kahn and Styne, "Everything Happens To Me" by Adair and Dennis, "There Will Never Be Another You" by Warren and Mack, and a version of "Four" by Miles Davis, among others, all done in a dynamic vocal style.