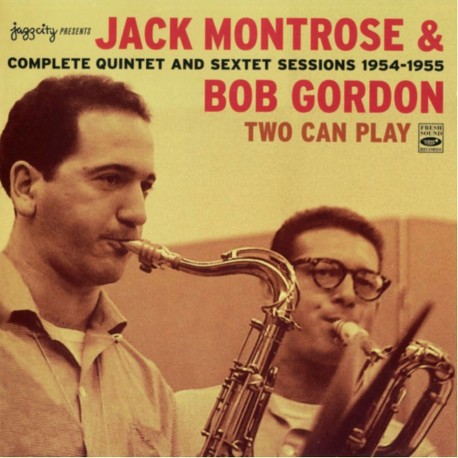 The talent of Jack Montrose (1928-2006) was an exceptional one. He proved to be a prolific writer and a lucid player of his own music, as well as of that of others. But two can play the game of jazz, and one recalls most fondly that Jack's main artery of expression was in the recordings in which he joined soul and sound with his friend Bob Gordon. So inextricable was their relationship of minds, horns, being, that death alone could break it. It did, on a tragic Sunday of August 1955, when Bob met eternity head-on in an automobile. For Jack the shock was intense. He later said "Bob was more than just an inspiration, he was my other half and together we formed a musical whole."