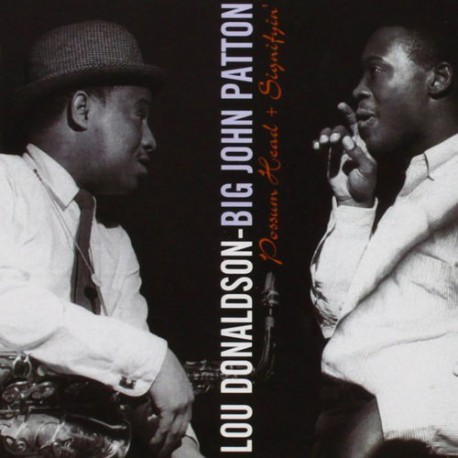 DONALDSON AND PATTON'S LAST AND BEST COLLABORATIONS EVER!

Born in Badin, North Carolina, in 1926, Lou Donaldson is best known for the recordings he made in the 1960's (such as the tracks compiled on this CD), which were decidedly blues and soul oriented. Lou's new trends are most notable in his recordings with such figures as organist Big John Patton (born in Kansas City, Missouri, on July 12, 1935, and passed away in New Jersey on March 19, 2002). One of the greatest stars in the development of soul jazz, his relaxed and bluesy playing brought the Hammond organ to unexpected heights. The two LPs included on this CD, recorded in New York in 1963 and in Chicago in 1964, constitute Lou Donaldson and Big John Patton's last recorded collaborations ever, and are probably their best, backed by splendid musicians like Bill Hardman, Ray Crawford, Tommy Turrentine Jr. and Ben Dixon.