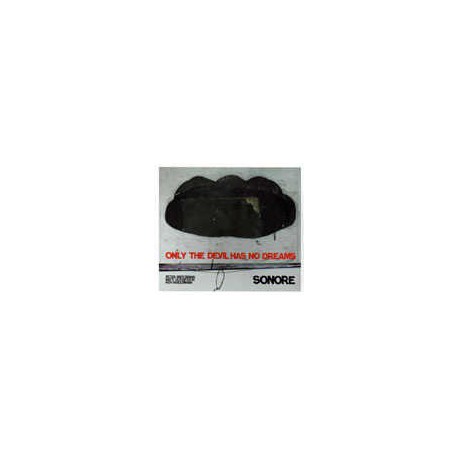 Sonore: Only the Devil Has No Dreams

Sonore: Only the Devil Has No Dreams

Peter Brötzmann, Mats Gustafsson, and Ken Vandermark are three of the leading voices in contemporary improvised music. Together they have formed SONORE, a reed trio organized to investigate the melodic, rhythmic, and textural possibilities of freely improvised music. Working together in the PETER BRÖTZMANN CHICAGO TENTET since 1998, these musicians first performed in a trio formation during the June, 2002 North American tour with the TENTET for a radio broadcast on CKUT in Montreal. It was clear from that first concert that this line-up was musically unique. They worked together again that fall, performing and recording during a festival organized by Gustafsson in Ystad, Sweden. Both of these initial encounters provided a fascinating starting ground for the trio's instrumental combinations and communication, but it was during their first tour of Europe that the group's identity and approach fully developed.

In SONORE, solos, duos, and trios built from various reed combinations shift and develop through spontaneous musical requirements. The group explores sonic textures, melodies, integrated rhythmic statements, or whatever other musical techniques seem to inspire them and the music during their improvised performances. SONORE's music is intense, beautiful, introspective, cutting-edge, and could be played by no one else.