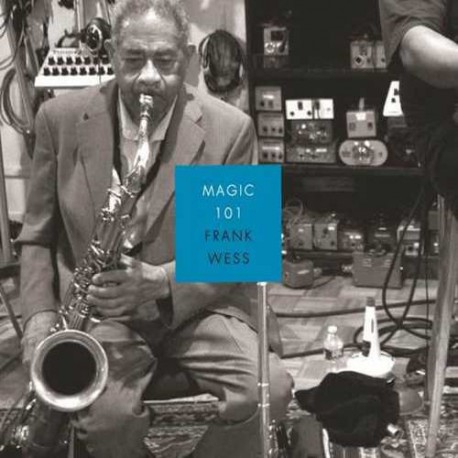 Reed man FRANK WESS, 91 years old at this writing, was "just" 89 in 2011, when he recorded this lovable CD in a quartet format with another glory, pianist KENNY BARRON (a youngster, at 70 years old!).

Although Wess was best known as a flute player during his 13-year tenure with the Count Basie band, he devotes his last album, MAGIC 101 (issued on the ipo label) entirely to the tenor saxophone.

You won't find anything revolutionary on this CD, a collection of well seasoned standards by Irving Berlin ("Say It Isn't So"), Ray Noble ("The Very Thought of You"), Johnny Mercer/Harold Arlen ("Come Rain or Come Shine"), Leo Robin/Ralph Ranger ("Easy Living"), Thelonious Monk ("Blue Monk"), and Duke Ellington ("All Too Soon", which Wess plays unaccompanied).
The only "new" tune here is Wess' own "Pretty Lady", which he had recorded that same year with a completely different personnel for the album Menage a Bleu.

What you do get, are completly beautiful and honest performances on which Wess and Barron dialogue with the deepness and mastery which are the product of both of their immense talents and of various decades on the road.

The group is completed by KENNY DAVIS on bass, and WINARD HARPER on drums.