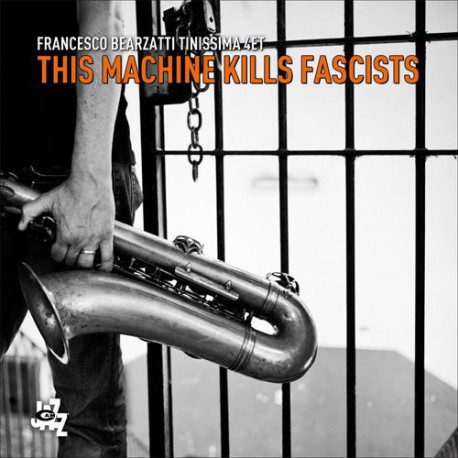 Francesco Bearzatti s latest album, 'This Machine Kills Fascists', is a btribute to Woody Guthrie (the words were emblazoned on the singer-songwriter, novelist and political activist's guitar in 1941). Following in the footsteps of Tina Modotti' (2008), 'Malcom X' (released in 2010 and winner of several top jazz awards) and the successful interlude of Monk N Roll (reinterpreting Monk s themes by interlacing them with some of the most popular songs in the history of rock music), the saxophonist is back to musically depicting the life, art and times of another rebellious, unruly artist. 'This bMachine...' bstudies the other America, that of folk and blues, bfiltered through the perception of Bearzatti and a quartet that has already gained its bplace in jazz history. Moving through painful blues and frenzied tracks, the songs chart a musical journey that starts with bGuthrie s home town of Okemah, Oklahoma, and winds its way through dust bowls, hobos, ragged clothes and New York City. It ends with a piece dedicated to Italian born anarchists Sacco & Vanzetti and with the only non-original piece here, a reinterpretation of Guthrie's anthemic 'This Land Is Your Land'.