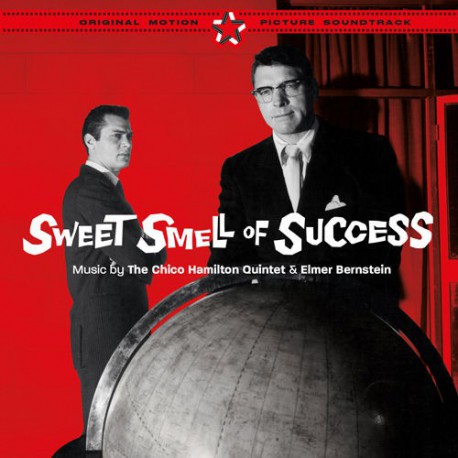 This release presents the complete soundtrack from the 1957 movie "Sweet Smell of Success", an American film noir/drama directed by Alexander MacKendrick and starring Burt Lancaster, Tony Curtis, Susan Harrison and Martin Milner. Despite a poorly received preview screening, "Sweet Smell of Success" has greatly improved in stature over the years and is now highlyacclaimed by film critics, particularly for its cinematography and screenplay, as well as for its jazzy soundtrack, co-composed and performed by Chico Hamilton and Elmer Bernstein. Bernstein’s music was originally issued on Decca DL8610, while Hamilton’s was first released on Decca DL8614. Both LPs appear here in their entireties. Chico Hamilton never recorded any of the songs from the soundtrackagain, with the sole exception of “The Sage” [retitled “Susan” for thefilm] and “Jonalah”, which he had previously taped in 1955 and 1956, respectively. These earlier versions have been added here as a bonus.