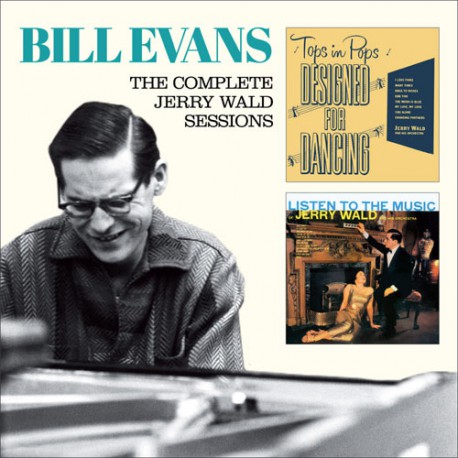 12 TRACKS APPEAR FOR THE FIRST TIME EVER ON CD!!!

This release contains all of Evans’ recordings with Wald, consisting of the LP "Tops in Pops" (MGM/Lion L70014) which appears here on CD for the first time ever – recorded in 1954, it contains the only existing version of Cole Porter’s “I Love Paris” including Evans–, and its 1955 follower "Listen to the Music of Jerry Wald" (Kapp KL1043). While the former was arranged by Al Cohn and also has him playing some solos, the latter features Eddie Costa on vibes and Paul Motian on drums (this was his first collaboration ever with the pianist). The rare singles Kapp 212X and Kapp K-173X, containing four extra songs that complete the 1955 date, also appear here for the first time on CD.

BILL EVANS, piano on all tracks, plus: