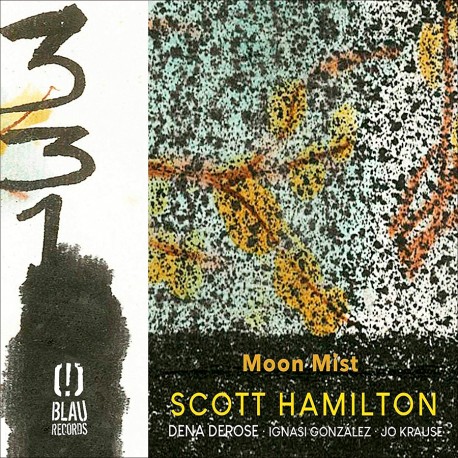 When Scott Hamilton appeared in the mid-'70s fully formed with an appealing swing style on tenor (mixing Zoot Sims and Ben Webster), he caused a minor sensation -- few other young players during the fusion era were exploring pre-bop jazz at his high level. He began playing when he was 16 and developed quickly, moving to New York in 1976. Hamilton played with Benny Goodman in the late '70s, but he has mostly performed as a leader, sometimes sharing the spotlight with Warren Vaché, Ruby Braff, Rosemary Clooney, the Concord Jazz All-Stars, or George Wein's Newport Jazz Festival All-Stars. Other than a few sessions for Famous Door and Progressive, Hamilton has recorded a prolific string of dates for many labels -- often more than two a year -- that are notable for their consistency and solid swing. Highlights of his 21st century dates include 2010's Live at Nefertiti with the Scandinavian Five and 'Round Midnight in duo with pianist Harry Allen in 2012. In 2014, Fremeaux & Associes released Scott Hamilton Plays with the Dany Doriz Caveau de la Huchette Orchestra --one of five albums issued under his name that year. Scott Hamilton Plays Jule Styne was issued in 2015, which also netted a handful of dates. La Rosita, with Dena DeRose, Ignasi González, and Jo Krause, marked his debut for Discmedi in 2016 -- it was the third year in a row in which he issued five albums. 2017 was right on pace, with three albums by mid-year including Things We Did Last Summer w/Champian Fulton, Ballads for Audiophiles, and his second date for Discmedi, Shadow of Your Smile. ~ Scott Yanow .

With all that said, we introduce Moon Mist, Produced by Fernando Marco.