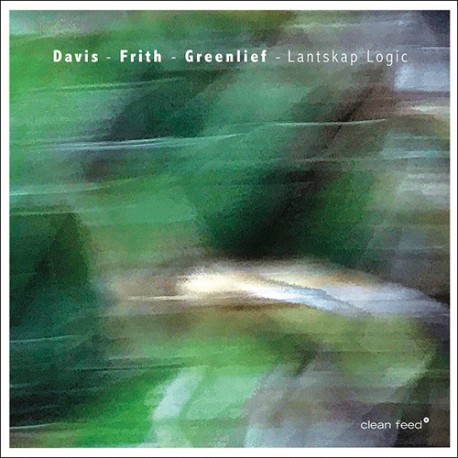 Wonderful news coming from the Bay Area, even considering that the participants in this ad hoc trio originated from elsewhere—one from Detroit, another from Heathfield / England and the third from Los Angeles. The recording of Lantskap Logic took place at Mills College in Oakland—where Fred Frith directed the Improvisation program until he retired this year—and specifically at the Mills Chapel, both for reasons of sound and for the chapel’s pipe organ, the favored instrument of in-and out-side pianist, improviser, composer, vocalist, synthesist and teacher, Evelyn Davis. Like Frith, Davis works on multiple fronts, from alternative rock to avant jazz and experimental music, in groups like Frankenixon, Cheer Accident and Chiromancer. Frith was one of the founders, at the end of the Sixties, of the “rock in opposition” band Henry Cow, and established a reputation as one of the great revolutionaries of the grammar and the lexicon of both the electric and the acoustic guitars.