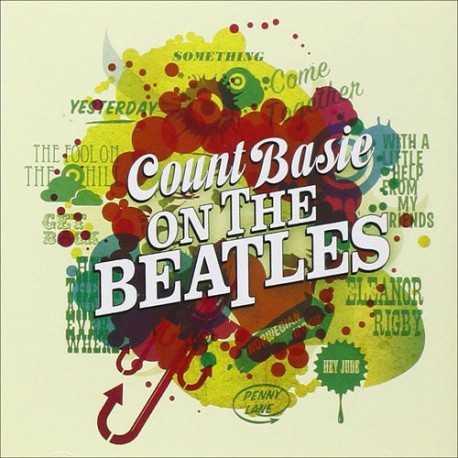 Notificarme cuando esté disponible
2 LPS on 1 CD
Count Basie recorded two albums dedicated to the music of The Beatles. This edition presents the second and more difficult to find LP in its entirety. All arrangements were brilliantly written by the recently deceased Bob Florence.
As a bonus, the complete original album The Atomic Mr. Basie, one of the best selling recordings from the Count’s late career, with splendid arrangements and compositions by Neal Hefti.

“On October 1, 1969, I asked Count Basie if he would be able to do an arrangement of 'Night and Day' for me to sing on an album I'm doing. Five days later a complete score arrived, so thanks Count and it gives me a great pleasure writing a few words on the back of your nice album. John, George and Paul thank you for what you've done with their songs and we're all delighted to see the barriers down between music makers. With a little help from our friends we can all get high on the music. That's about it: I'm a man of a few words -but it's a lovely album and I know it'll bring pleasure to millions. Good luck and love from Ringo Starr”.
With these words, The Beatles' drummer presented Basie's second album featuring the music by the legendary Liverpool quartet. The Count's first LP of their songs was titled Basie's Beatle Bag. It was recorded on May 3-5, 1966 and arranged by Chico O'Farril. While this earlier LP was produced by a major company, the second was made by a small label which disappeared soon after, making the album very hard to find.
This edition presents the complete album Basie on the Beatles, plus the complete The Atomic Mr. Basie LP, which was one of the Count Basie band's most successful hit albums, featuring splendid arrangements and compositions by Neal Hefti.
Personnel:

COUNT BASIE AND HIS ORCHESTRA: