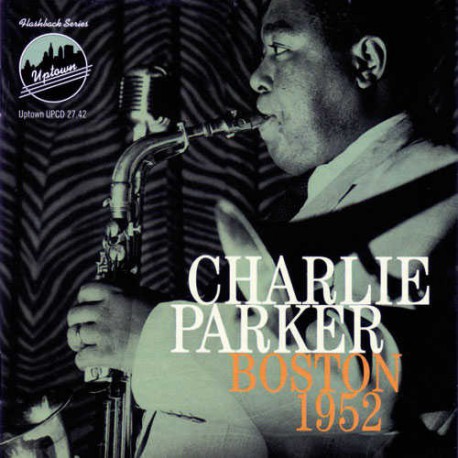 
Alert Charlie Parker fans were delighted when this 1996 CD came out for it includes two previously unreleased (and well-recorded) radio broadcasts featuring the masterful altoist. Parker is in fine form during his two appearances at Boston's Hi Hat. With Symphony Sid as the disc jockey (he gets Bird to say a few words here and there), Parker romps through his usual repertoire, finding something fresh to say on songs that he had already been playing at least five years. Seven selections feature him in 1952 with trumpeter Joe Gordon, pianist Dick Twardzik, bassist Charles Mingus and drummer Roy Haynes, while four others (three are repeated titles from the earlier date) are from 1954 with trumpeter Herbie Williams, pianist Rollins Griffith, bassist Jimmy Woode and drummer Marquis Foster completing the group. Although both trumpeters (particularly Gordon) sound fine, Charlie Parker easily steals the show. The extensive liner notes, which fully discuss all of the engagements that Bird had in Boston throughout his career, are an added plus. ~ Scott Yanow, All Music Guide