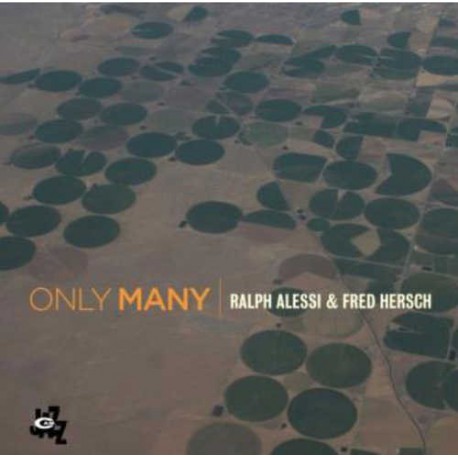 Prévenez-moi lorsque le produit est disponible
The second work by Ralph Alessi on CAM Jazz, after the successful debut of Cognitive Dissonance. This time the trumpet player shares the honor of appearing on the cover with Fred Hersch, a pianist of great class, who is in perfect accord with his partner in adventure. Only Many is prevalently a CD for four hands, proof of the great complicity created in the studio at the time of the recording.

Hypnotic, expanded themes, from Monk to Motian, in which improvisation and interplay reign supreme. Hersch and Alessi pursue each other, chase each other, overlap each other and slowly find increasingly different languages and expressive forms, resulting in an utterly fascinating, magnetic CD. A new, interesting development of the artistic dialogue between the pianist and the trumpet player that began a few years ago in Pocket Orchestra by Hersch and destined to further, surprising developments.

Recorded and mixed in New York in May 2012 at James L. Dolan Music Recording Studio