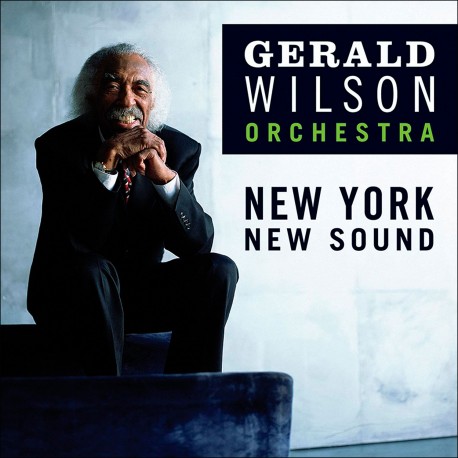 A six-time Grammy nominee, Wilson's life's work was archived by the Library of Congress. He has been honored by the National Endowment for the Arts, the American Jazz Awards and Down Beat Magazine. Despite having already celebrated his 86th birthday, he continues to tour with this group, the Gerald Wilson Orchestra. This CD features jazz standards (such as Miles Davis'Milestones,John Coltrane's Equinox,and Wilson's own Viva Tirado), plus several original tunes. The album is nicely paced, with good variety, with the opener and closing pieces pursuing a feverish pace, while the ballads, several blues, a jazz waltz, and two Latin delicacies are tucked neatly in between. All bear the hallmark of Wilson's identifiable arranging genius.

"As much as composer, arranger, and bandleader, Wilson has distinguished himself as music educator, having taught in multiple locations and formats for more than 30 years, most recently at UCLA. Those interested in learning more about the true artistry of big band jazz need look no further." - All About Jazz
" A solid addition to his catalog." - AMG "Hats off to the all-star band, but especially Wilson for the intersectional sonic vibrancy and overall dynamics he gave them to work with." - Ira Gitler, Jazz Times