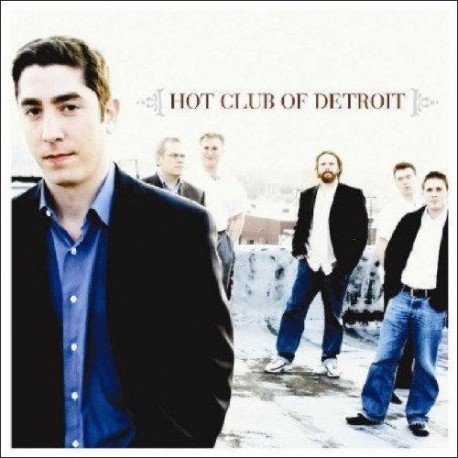 Back in 1930s Paris, the Hot Club de France kept music fans jumping and dance floors filled to their intricate and lively brand of gypsy jazz.

In 21st century Detroit, the fans are jumpin' and the dance floors are filled, too--" this time to the sound of the Hot Club of Detroit, an electrifying and visionary ensemble that takes the traditions pioneered by Django Reinhardt and company and spins them in a way that's both reverent and refreshingly contemporary.

The first recorded document of that philosophy is "Hot Club of Detroit," a 13-song collection recorded in just three days and brimming with the energy and focus of a band honed to truly hot form thanks to a full schedule of live shows and to the fiery chops of the six musicians who play on the disc. The repertoire is also a testament to their breadth and stylistic facility.

The album certainly has its share of Reinhardt favorites: "Nuages," "Belleville," "Stompin' at Decca," "Anouman"--but it also includes selections by Fapy Lafertin ("Aurore"), Wes Montgomery ("Leila"), Antonio Carlos Jobim ("How Insensitive") and Fats Waller ("Honeysuckle Rose"), as well as two Perri originals--"Swing One" and a variation on the theme from "The Godfather."