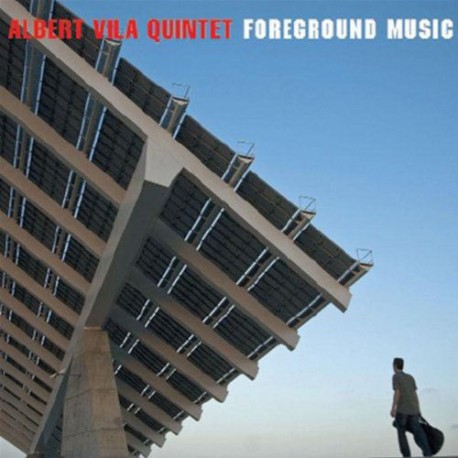 Born and raised in Barcelona, guitarist Albert Vila started his musical studies with Andy Rossety and Jose Luis Gamez. He continued to study at the Amsterdam Conservatorium in the Netherlands, where he studied with Jesse Van Ruller, his main teacher for five years. He also attended workshops from other great jazz artist such as John Scofield, Richard Bona, Jack DeJohnette, Kurt Rosenwinkel and Mike Stern. Meanwhile, he developed a talent in composing. In 2004, he was awarded with the first prize for best composition in the "Dutch Jazz Competition" for his original ‘Gym-Jam’ included here. In 2005, he studied in New York at the Manhattan School of Music, with Rodney Jones and Dave Liebman. In the summer of 2006 he decided to move back to his hometown Barcelona, to start a new project: the Albert Vila Quintet. The same band that won the 2007 "Debajazz" contest in Donosti and recorded this CD, the guitarist’s debut album, "Foreground Music", written by Albert Vila in his entirety.