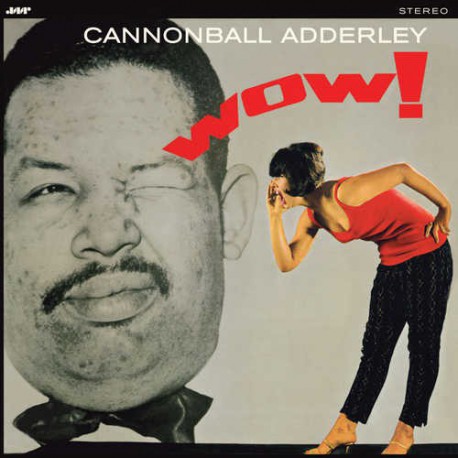 The music on this LP presents two different formations led by Julian “Cannonball” Adderley (1928-1975). Side A and the first song on Side B showcase one of the best formations led by Cannonball during his whole career. This “Cannonball” Adderley Quintet included his brother Nat Adderley on cornet, pianist Junior Mance, bassist Sam Jones and drummer Jimmy Cobb. The musical empathy between the two brothers was long standing: “Nat and I played together for many years”, explained Cannonball during a 1972 interview, “and we developed lots of things, based on other people’s material, and some ideas of our own. We were basically just simple players. We had never been exposed to the blood and guts, dog-eat-dog syndrome. We were just Florida guys. So we played a lot of blues, a lot of funk, a lot of gospel-sounding stuff, and cute things based on Bird and Dizzy, Bird and Miles, based on that feeling.”

(*) BONUS TRACKS: From the same sessions, but not included on the original LP configuration.