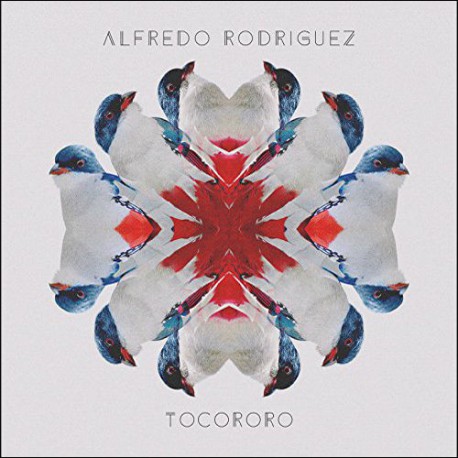 Each recording by Cuban pianist and composer Alfredo Rodríguez tells a story. His albums are not collections of musical pieces but tales told in a distinctive voice, with a distinct point of view and purpose. His 2011 debut, Sounds of Space, served as an introduction, as a way of saying “here are the people, the places and the sounds that have surrounded me, and made me who I am,” he explained then. In The Invasion Parade, his 2014 follow-up, Rodríguez revisited various Cuban musical traditions, seen through the prism of time, distance, and his new personal and musical experiences.

Now, in "Tocororo" —his new album for Mack Avenue Records—Rodríguez’s story is represented by the national bird of Cuba. The Tocororo is a bird that if caged dies of sadness, reflecting not only the desire for liberty but the necessity of it. Beyond this facet of meaning, there is also the story of everything else the bird represents: freedom, travel and cross-pollination. In Rodríguez’s case, it represents the cross-pollination of his Cuban culture with all the cultures he’s experienced throughout his musical journey.