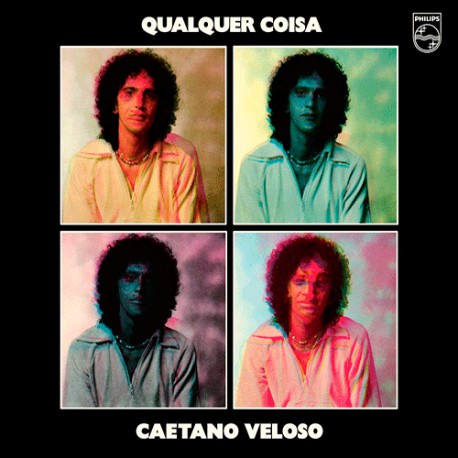 Prévenez-moi lorsque le produit est disponible
Elemental Music together with Universal Music Spain proudly present a new LP reissue of Qualquer Coisa, a 1975 studio album by CAETANO VELOSO which was released simultaneously with the album Jóia. Qualquer Coisa differs from the more experimental modes of previous records like his Tropicália sets, or the 1973 album Araça Azul, but possesses a unique charm that makes it every bit as special as those. The set’s quite stripped-down and personal, and really has Veloso getting back to basics in ways that are a bit like his UK album from 1971, but more upbeat and positive. The tunes present spare backing that puts Veloso’s amazing vocals right out front – heard to especially wonderful effect on the album’s Englishlanguage readings of three late Beatles tracks – “Eleanor Rigby”, “For No One”, and “Lady Madonna”. All titles are great, though – and tunes include “Nicinha”, “La Flor De La Canela”, “Drume Negrinha”, and “Samba E Amor”.