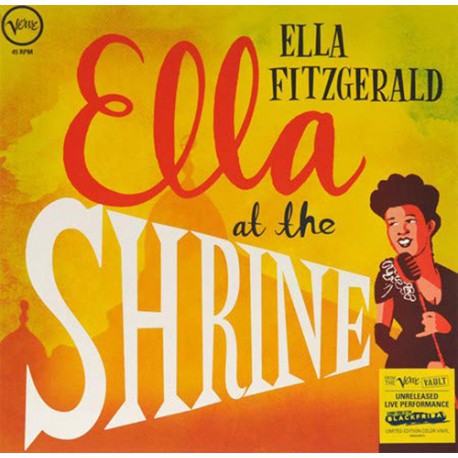 FROM THE VERVE VAULT UNRELEASED LIFE PERMORMANCE BY ELLA!

Verve Records, celebrating Ella Fitzgerald´s 100th birthday in 2017, released at the end of that year Ella at Zardi´s- a vibrant, previously unreleased album recorded during a two-week stint at the Hollywood nightclub. Captured February 2 , 1956, all signs pointed to the album as the label´s, and Ella´s, first live recording. Incredibly, it was discovered that Verve Records founder Norman Granz had also recorded Ella at Los Angeles´ Shrine Auditorium the week before. It´s a thrilling but brief set because, as Granz announces, Ella ´´has to get back to Zardi´s.´´ Phil Schaap provides the origin story.